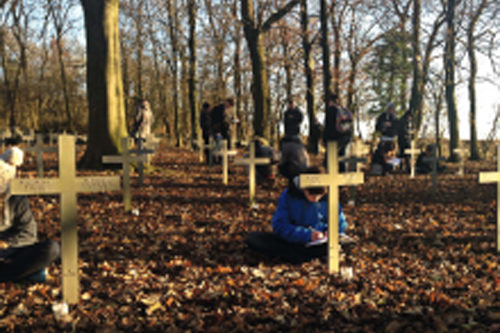 Where Have All The Flowers Gone – a European theatre performance by Werdenfels-Gymnasium, Lycée  Ozanam and Bay House School.

The Bay House cast of students were joined by students from Lille, France and Garmisch-Partikinger in Germany in June for a truly European theatre performance. The performances in Gosport mark the end of a most extraordinary project that will have seen the Premiere performance in the National Theatre of Bavaria in Munich and subsequent performances in the German School, in Lille and in Amiens before finishing the tour in Gosport.

The project was part-funded by Erasmus and the EU, with generous sponsorship from local companies such as Lucketts and the Rotary Club. The performance was devised by the young people under the artistic direction of the production at the Theatre Residential in Munich.

It all started in 2016, when the young people met up in Lille, where they visited World War One sites and museums. The purpose of the project is to commemorate the centenary of the ending of that Great War. The question the company have been exploring is “Why wasn’t it the war to end all wars?”

In 2017, the whole group spent a week in Gosport, visiting Second World War sites, including the D-Day beaches and the Imperial War Museum as well as working further on devising their theatre production. Also, last year they had a week in Garmisch-Partikinger visiting the NATO Marshall Center and finalising the script for the performance.

13 youngsters from each country make up the company of 39, supported by a team of artistes from the theatre in Munich and staff from the three schools. The opening night on 19 April in the capital of Bavaria was a wonderful occasion and most moving as we watched teenagers of a similar age to those who gave their lives one hundred years ago make sense of that “Great War’ a century later. 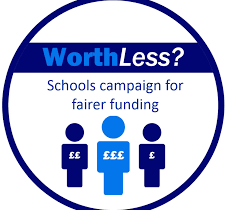 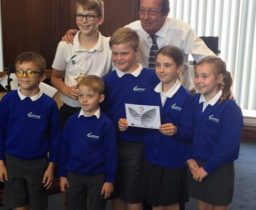 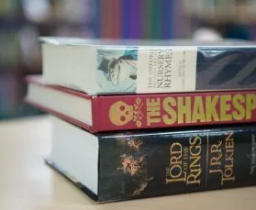 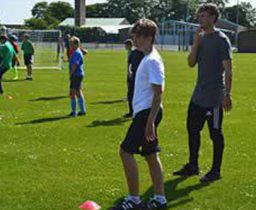 Ex-Brune Park student, and talented Reading footballer, John Swift took some time out ahead of the Championship play-off final