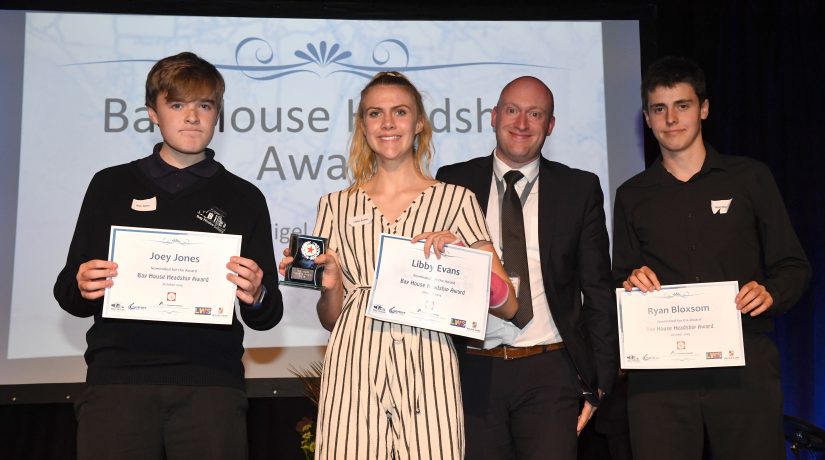 The other two nominees were Tia Bulze and Keelie Miller, who were presented with certificates by Miss Payne at the ceremony held at Bay House School on October 16.

The most improved student award went to Lewis Barber while Jay Hope won the community award and Annabel Simmons won the contribution to the arts award.

Former pupil and Portsmouth footballer Jack Whatmough and mayor cllr Kathleen Jones were among a host of dignitaries invited to present awards.

Students from across the community of schools were presented with awards in different categories including for contribution to the community, being a good ambassador and going above and beyond.

Jack said: “My dad is still the caretaker at Rowner Juniors so although live in Portsmouth I am back in Gosport, my hometown, a lot of the time seeing my family.

“I have very good memories of both Rowner and Brune Park so I was only too happy to come tonight and give something back to my community and old schools.

“It is incredibly important for young people to feel like their hard work and achievements are being recognised. That is why evening like tonight are really important.” 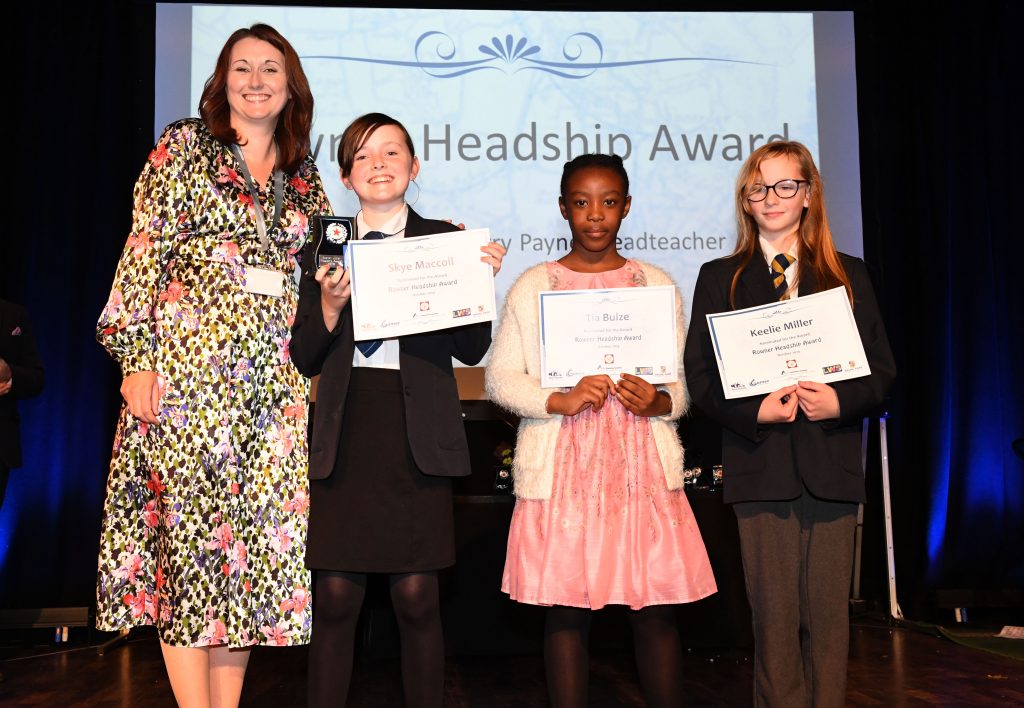 The other two nominees were Annie Walters and Matthew Paige, who were presented with certificates by Mrs Mulhall.

Meanwhile, Harry John Ewen scooped the Tug Wilson award for the most progress in adversity primary school award and Willow Toastvine won the award for collaboration and relationships. 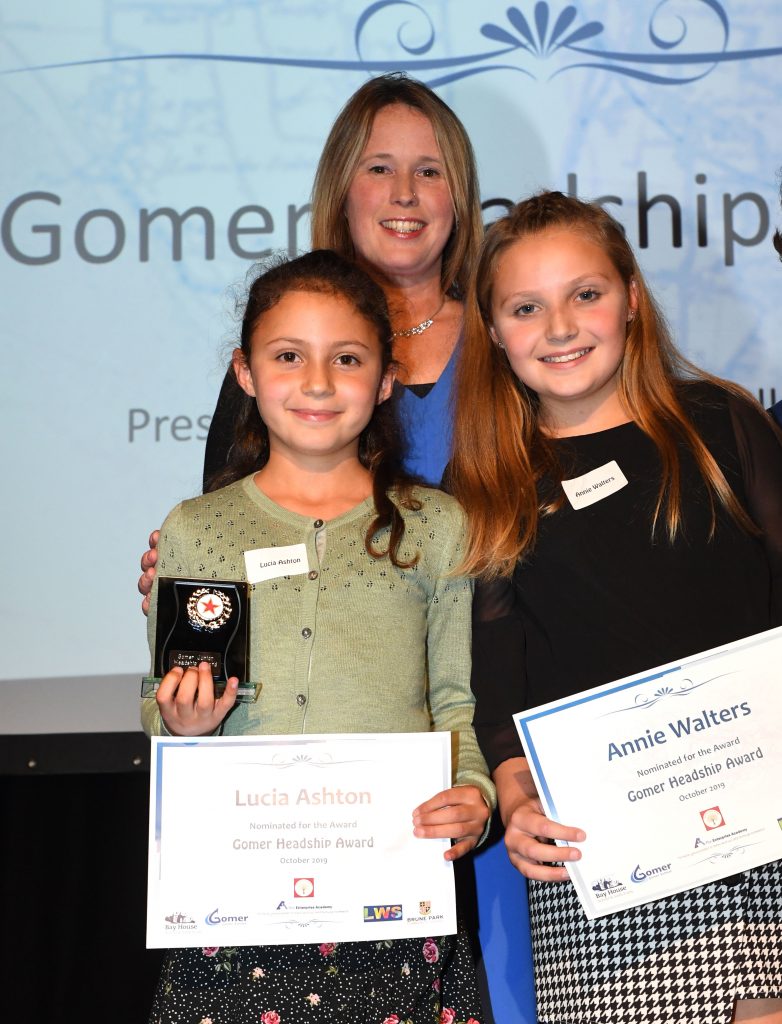 LWS Academy student Bailey Ward took home both the headteachers and above and beyond award.

Bailey was the only nominee and was presented with his trophy by Mr Tyreman at the ceremony. 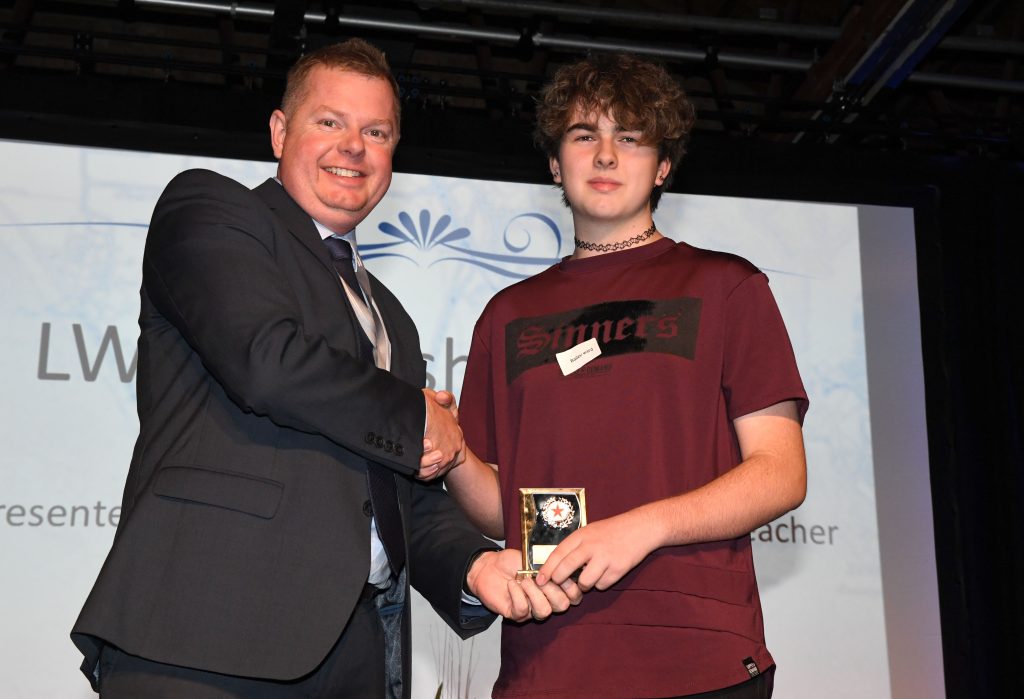 The other two nominees were Charlotte Hankin and Daniel Walker, who were presented with certificates by Mrs Andrew-Power.

The other Brune Park students honoured were Kaiya Thomas, for the thinking skills prize, Phoebe Tunmore, for best ambassador, and Troy Wingfield for independence and resilience.

Bella said: “I feel truly honoured to win this award. To be recognised means so much. There are so many amazing students at our school so to win is a really a great feeling.

“I have put a lot of hard work into my studies and being a good ambassador and role model in school so it is nice to feel that you have been recognised for that.”

Headteacher Mrs Andrew-Power said: “We are extremely proud of all of the students who have been nominated and won awards this evening.

“Bella is an exceptional student and role model at Brune Park and is always the first to put her name forward to be an ambassador for the school.

“Being a part of a community of schools above all is about being able to come together and celebrate the success of all of our students. 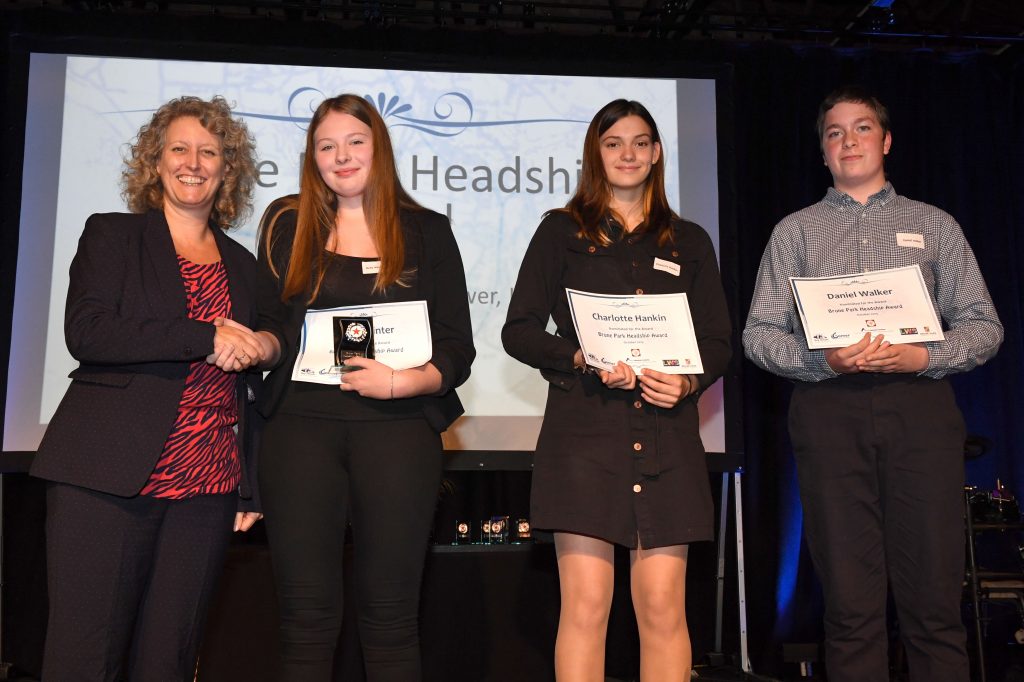 Libby Evans picked up the Bay House headteachers award with Ryan and Joey Jones also nominated. All were presented with their certificates by Dr Matthias.

Other winners were Lennon Duce for progress in adversity, Matthew Harris for attendance and Lotti Street for learning and self awareness.

Ryan said: “I was very surprised I won both awards because I didn’t even know I was nominated for one of them.

“It is good feeling to get this recognition with your family all your friends and lots of important people from the town. I was very pleased they choose me.”

GFM Chief Executive Ian Potter said: “The most pleasing aspect of this evening was that so many of those presenting awards were former students at GFM schools.

“They had walked along the same path, the same corridors, learnt in the same classrooms as the young people they were helping to celebrate.

“That is an incredible powerful message to give to the young people of this town; that if you work hard and have the right attitude there are no limits to what you can achieve.”